An important anniversary
June 15th 2021 will be the 80th anniversary of the death of a remarkable woman, Evelyn Underhill. She is one of only 18 modern women whose lives are commemorated in the Church of England’s Calendar of Holy Days.

As a gifted writer and retreat leader she helped, and still helps, countless people around the world who are searching for a relationship with God. She asked the questions that Christians and others seeking God are still asking, and through her writing was able to address them in a way that is still meaningful in the 21st century.

A new memorial
Evelyn Underhill is buried in the Additional Burial Ground of Hampstead Parish Church.  Followers from all over the world come looking for her grave, but it is hard to spot because she is described simply as ‘Evelyn’, ‘the wife of Hubert Stuart Moore’ and ‘the daughter of Sir Arthur Underhill’. There is no reference to her achievements.

Hampstead Parish Church is creating a more fitting memorial for her, to provide a focus for those coming to honour her. A ledger stone to be has been designed by Lois Anderson, a well-known local artist.  Around the edge will be the words “Evelyn Underhill 1875 – 1941 – Christian – Scholar- Spiritual Guide – A Christianity which is only active is not a complete Christianity”.

Commemorative events
The church aims to install this memorial in time for the 80th anniversary of her death on 15th June 2021. We hope that marking  this notable anniversary will encourage new followers and a renewed interest in her work. We plan to hold a ceremony to bless the stone on this anniversary, as well as a special commemorative service on 13th June. There will be details on the church’s website for those who would like to attend

Can you help?
We have already raised half of the £7000 needed to create this memorial and are now asking for help to complete this project.

Donations can be made via the church’s web using this link Donate or by cheque to Hampstead Parish Church, Church Row, London NW3 6UU. Please write ‘Underhill’ on the reverse of the cheque. 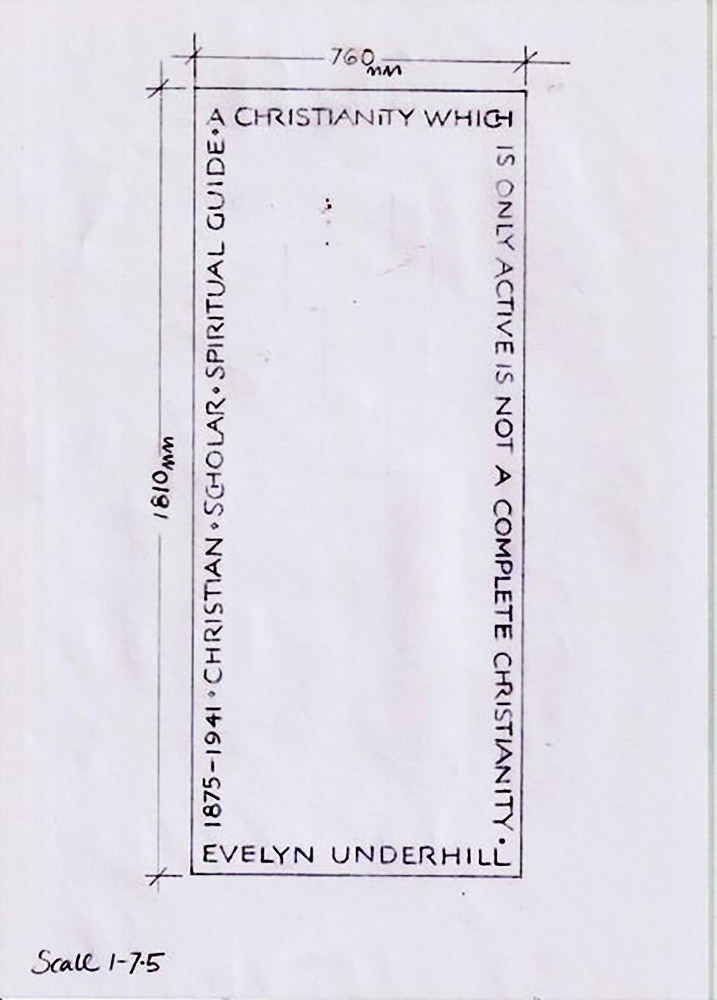